SeaDream Yacht Club’s 2020 Mediterranean season introduces new ports to its itinerary. Guests will have the opportunity to leave the summer crowds behind and explore some of the most unique destinations in the Mediterranean. SeaDream’s mega-yachts will visit new ports in Greece, Croatia and Italy.

Whether a first-time guest or a seasoned traveler, SeaDream’s 2020 voyage schedule provides a fresh perspective on a traditional Mediterranean vacation. Marvel at some of the Mediterranean’s hidden gems aboard SeaDream. 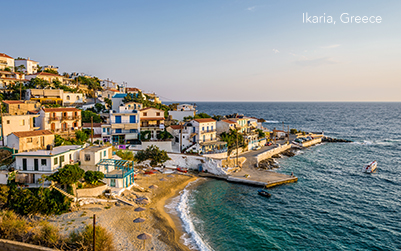 This remote island is best known as one of the world’s five “Blue Zones,” regions where people enjoy good health and live longer than average. Learn the secrets to longevity from the Ikarians’ culture and lifestyle. One in three locals make it to their 90’s and say it is the result of consuming strong red wine, late-night domino games and a relaxed lifestyle. Often recognized as the best Greek island for nature lovers, Ikaria features a stunning coastline with pristine beaches and abundant nature. There are over 200 villages scattered throughout Ikaria, giving the island its unique, authentic character. 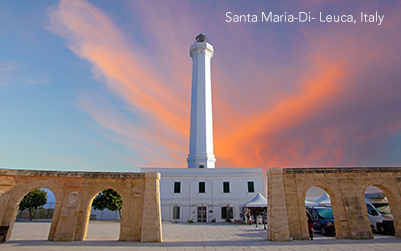 Located on the southernmost tip of the Salento peninsula, the “heel” of Italy’s “boot,” Santa Maria di Leuca is home to an iconic lighthouse and Sanctuary of Leuca, a must-see for art enthusiasts. Built from the ruins of an ancient pagan temple, the Sanctuary has valuable works of art on display, including the 1625 Madonna with Child by Andrea Cunavi and the Sacred Family canvas donated by the Boroness Maria Serafini-Sauli in the 18th century. Perfect for exploring and hiking, the region is known for its impressive geological formations such as dozens of underwater caves and a seaside ravine with picturesque views of Fjord del Ciolo. 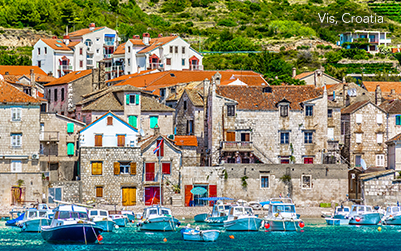 This island holds a host of accolades from being the oldest town in Croatia and hosting the oldest regatta in Europe, to featuring some of the most beautiful beaches in the country. With a picturesque coastline, it is easy to see why Vis was selected as the backdrop for the 2018 feature film “Mamma Mia! Here We Go Again.” The farthest inhabited island off the Croatian mainland, Vis has an interesting cultural heritage after being secluded from foreign visitors up until the late 1980s. This history of isolation has been key in keeping the island pure, making Vis an ideal destination for those seeking authenticity.