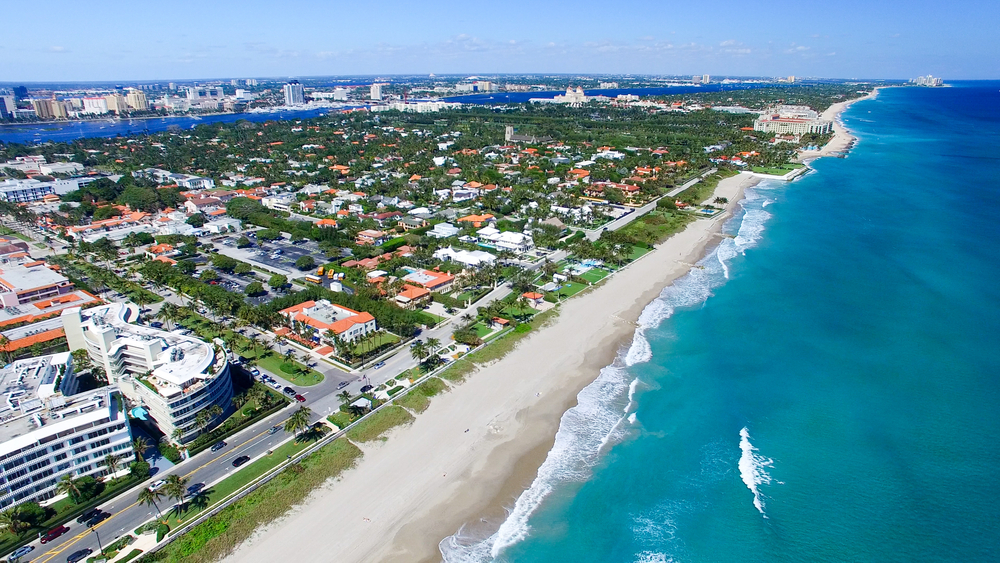 For the first time in over a decade years, SeaDream Yacht Club has revealed plans to return to South Florida. SeaDream II is now scheduled to sail to Palm Beach in January 2022. The announcement comes as SeaDream opens for reservations 33 new 2022 West Indies voyages. The newly unveiled season, kicking off January 2022 through April of the same year, is brimming with new destinations. For the first time in the company’s history, the luxury twin mega-yachts will sail to The Bahamas and Turks & Caicos as well as 17 new additional ports in the West Indies. “We wanted 2022 to be filled with surprises, to explore unexpected destinations,” said SeaDream’s Andreas Brynestad. “The 2022 West Indies season is unlike any other season we’ve done before. We wanted to really bring something new for our returning and new guests and show them a different side of the region they’ve never explored before with SeaDream. We believe our Palm Beach voyages will be particularly popular and are looking forward to seeing the response.” The newly announced voyages include new ports of call in Dominican Republic, Puerto Rico, U.S.V.I, Dutch Caribbean and B.V.I. SeaDream’s West Indies voyages are unlike any other luxury travel experience. With an onboard lifestyle that exemplifies casual yachting, SeaDream sails to some of the region’s smallest ports and harbors, affording guests the opportunity to feel as if they are on their own private escape. New 2022 highlights include: • Palm Beach – Two 7-day voyages will embark and disembark in Palm Beach, Fla., for the first time in SeaDream’s history. Departure dates are Jan. 16 and Jan. 23. Additionally, Palm Beach has been added as embarkation port for an additional voyage in January 2022 that culminates in San Juan, Puerto Rico. • Turks & Caicos – SeaDream will sail to Grand Turk, capital of Turks & Caicos, and Providenciales, which boasts some of the region’s most beautiful beaches. This marks SeaDream’s first deployment to Turks & Caicos. • The Bahamas – SeaDream will offer a fresh perspective on this classic West Indies island nation with six ports of call in The Bahamas, which include: Clarence Town, Long Island; Staniel Cay, Exuma; Great Harbour Cay, Berry Islands; Norma’s Cay; Harbour Island; and Rose Island. • Dominican Republic – Guests will be treated to three new ports in the nation that “has it all,” namely: Playa Rincon, Puerto Plata and Punta Cana. • Additional new ports in the West Indies include: Sint Eustatius, Dutch Caribbean; Frederiksted, St. Croix, U.S.V.I.; Long Bay, Beef Island, B.V.I.; Caja de Muertos and Boquerón, Puerto Rico. The new destinations will be accompanied by an expansive selection of new and exciting Yachting Land Adventures to ensure guests have the opportunity to experience the best each port has to offer with one-of-a-kind adventures. The SeaDream experience is known for its personalized, award-winning service, 5-star cuisine, intimate ports and exceptional onboard features such as the Balinese Dream Beds to sleep under the stars and the Watersports Marina complete with water toys for the perfect yachting vacation. SeaDream Yacht Club has achieved the industry’s highest accolades for its two twin, casually elegant mega-yachts, SeaDream I and SeaDream II. With a maximum of only 56 couples and a 95-person award-winning crew, “It’s yachting, not cruising,” defines not only the size of the vessels, but the onboard lifestyle and anticipatory service. SeaDream Yacht Club provides a yachting experience visiting small harbours and ports around the world, many inaccessible by larger ships, on 7 to 15-day voyages. An incredible array of services, activities, water toys, dining, wine, premium drinks and gratuities are available through SeaDream’s inclusive fare. SeaDream is ready to take you to the most pristine beaches, experience the most beautiful sunsets and be greeted by the warm, welcoming people of the Caribbean. For more information on SeaDream and booking the newly unveiled 2022 voyages, please visit www.seadream.com.