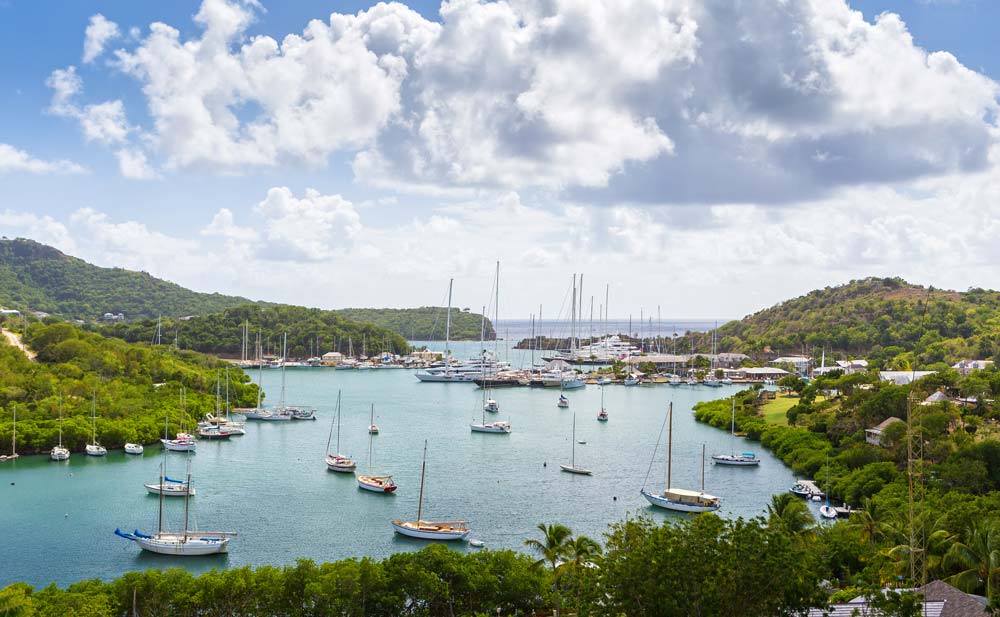 The Caribbean is home to some undeniably romantic destinations. Stunning sunsets, azure waters and a relaxed tropical ambiance make for the perfect getaway with that special someone. Which is the most romantic island of them all? The readers of USA Today 10Best voted for their picks for romance, and we are delighted to see a couple of our favorite ports make the list. Take a look at which SeaDream ports made the cut: Grenada SeaDream’s mega-yachts visit the beautiful St. George’s in Grenada. This stop happens to be the capital of Grenada and is growing in popularity due to its moderate tropical climate that ensures the success of spice production. Nutmegs are the most plentiful crop, followed by an array of such spices as cocoa, mace, cloves, vanilla, cinnamon, and ginger. Grenada makes for the perfect backdrop for a romantic escape. Saint Martin Marigot is the main town and capital on the French side of Saint Martin. The city of Marigot is perhaps the most French in spirit of all the cities in the Caribbean. Colonial houses stand beside cafés and bistros, pastry shops and luxury boutiques, and in many ways, it looks just like any of the French market towns you might expect to find in Europe. That European flair gives Marigot that special something that is hard to describe and can only be appreciated by being there. Saint Lucia In Saint Lucia, SeaDream calls on Soufriere Bay and Rodney Bay. Soufriere, a small town on the South West Coast of Saint Lucia, is considered by many as the island’s gem. Soufriere has a great deal to offer visitors including coral reefs, the rainforest, Diamond Falls, the sulfur springs, a “drive-in” volcano, and the ever-popular and majestic twin pitons. Rodney Bay is a bay on the North West coast of Saint Lucia; it is along the northwestern coast of the island to the north of Choc Bay. It is named after British naval officer George Brydges Rodney. Guests can enjoy the Yachting Land Adventures, water sports, the local beaches or a hike to Pigeon Island. Anguilla This British Overseas Territory is becoming more popular due to the incredible resort options as well as world recognized beaches and amazing golf. SeaDream offers an opportunity to tee off, swim with dolphins or, for the energetic, bike around the island with the Captain or Club Director. Sandy Ground is said to have some of the most beautiful beaches in the region. Antigua Falmouth Bay in Antigua and Barbuda is a short walk from Nelson’s Dockyard and the English Harbour. Historic buildings and mills surround it. This harbor and the quiet village have plenty of shops, restaurants, and the yacht club. Historic sites, tasty cuisine, and a lively cultural scene can all be found in Antigua. But most often it’s the beauty and versatility of the island’s 365 beaches that draw travelers from afar. Land Adventure possibilities include a helicopter ride over Montserrat, a jeep and snorkel safari and a St. John’s City and shopping exploration. Grand Turk Starting in 2022, SeaDream will visit the exquisite beaches and sun-kissed waters of Grand Turk. For almost every activity there’s a dedicated beach for you to beach flop, kayak, or simply watch windsurfers. Couples will simply enjoy basking in the scenic milieu of Turks and Caicos. Why is a boutique luxury cruise the best way to explore these destinations? With only 56 couples at a time, a SeaDream voyage feels like a personal getaway with that special someone. Be pampered and relaxed while traveling to some of the most intimate ports and destinations. SeaDream offers casual luxury, comfort, world-class dining and highly personalized service, the perfect way to sail to the Caribbean’s most romantic islands.