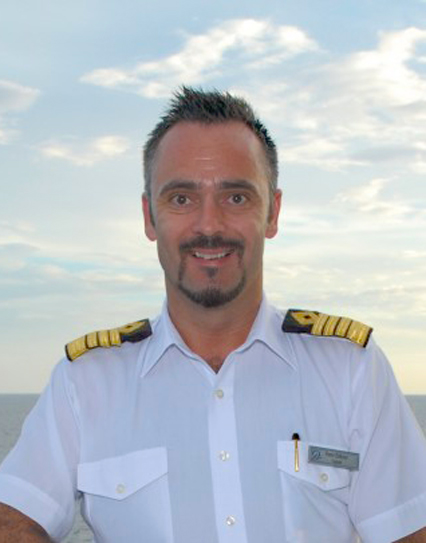 Remi Eriksen was born on the west coast of Norway in the city of Kristiansund, but for many years has called the sunny town of Porto Banus, Marbella in Spain, his home.

At a young age, Remi was impressed with the many cruise ships visiting his home port. He decided to pursue a career as a cruise ship officer, completing his studies at the Maritime University of Kristiansund. Two weeks after his graduation from school, he joined Norwegian Cruise Line (NCL) where he quickly progressed through the ranks from 1st Officer to Staff Captain.

At NCL he served on almost all of their vessels, including the legendary ocean liner the S/S Norway, the former S/S France, which is truly part of maritime history. After 9 years with NCL, Remi joined Radisson Seven Seas Cruises and served aboard the M/S Paul Gaugin where he worked for nearly 3 years. Remi then moved to private yachts, where he served as Captain on various vessels for 4 years. He returned to Paul Gaugin in 2011 in the capacity as Captain, until he came to SeaDream Yacht Club in August 2013.

Remi has experience sailing in most parts of the world and has many wonderful stories of his travels.