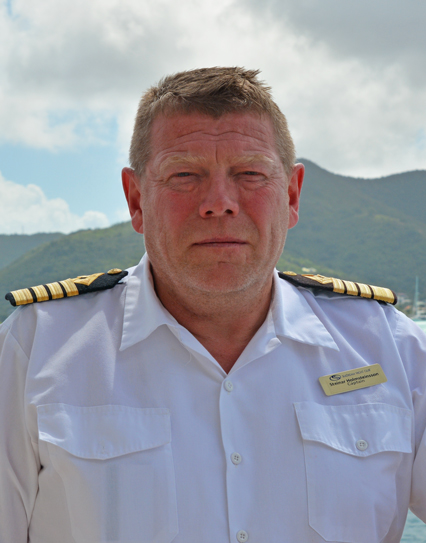 Steinar Hólmsteinsson was born in the south-west part of Iceland and grew up in Reykjavík. His father was a Bosun on Icelandic cargo vessels, but when Steinar was 10 years old, his father retired from sea and the family moved to the country side where his parents took over the family dairy farm. When Steinar was 17 years old, his father did not see him as a potential farmer and got him a job with his previous company. This was in 1978 and Steinar started as an apprentice. In 1981 Steinar started working of fishing vessels, mostly trawlers, and went to the Reykjavík Maritime Academy from where he graduated in 1988. For 20 years Steinar worked on the trawlers, from deckhand up to being Captain. In September 2001 Steinar joined SeaDream Yacht Club as 1st Officer onboard SeaDream 2. Steinar has since 2002 served as Chief Officer onboard the SeaDream yachts and since 2015, served as a Captain.

Steinar still lives in Iceland with his wife and two sons.