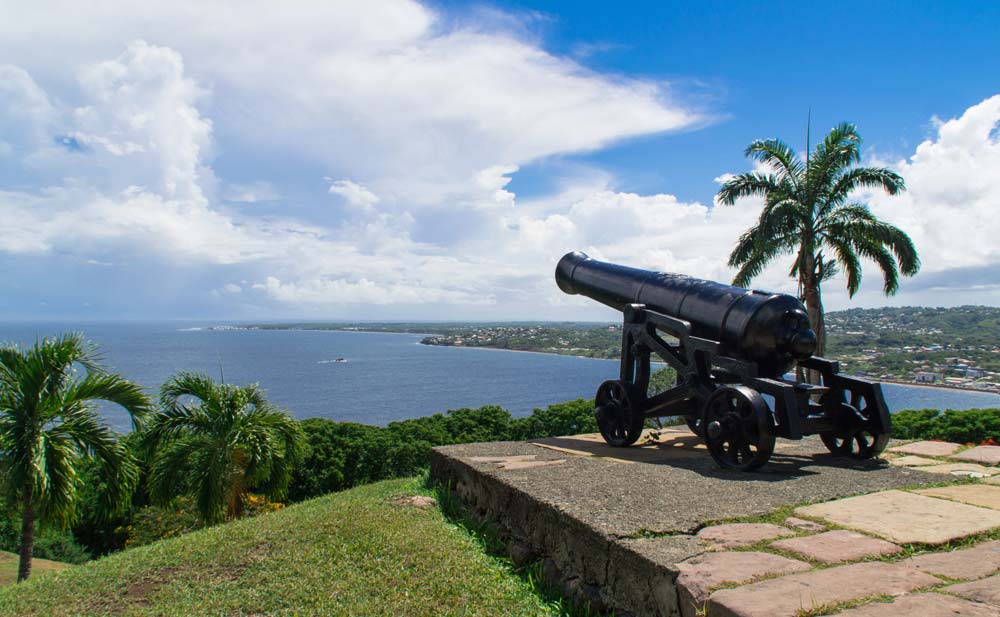 The Buccoo Reef is one of the most accessible coral reefs in the Caribbean. It is a protected marine park located a short distance from Pigeon Point and Store Bay beaches. The reef has a fascinating, colorful underwater life. World famous French oceanographer and explorer Jacques Cousteau visited Tobago's Buccoo Reef and rated it as the third most spectacular reef in the world. The Buccoo Reef system is approximately 7 km2 (30 mls.2) in area and consists of an arc of five reef flats that enclose a shallow reef lagoon and the Bon Accord Lagoon. There is patchy distribution mainly staghorn and star coral communities within the reef lagoon. The Bon Accord Lagoon consists primarily of macroalgae and seagrass communities. The mangrove wetland fringing the lagoon is mostly red mangrove. Seaward of the reef flats, the fore-reef slopes to depths of 15-30 m. Brain coral, star coral, and elk horn coral are the dominant coral species on the fore-reef. SeaDream has organized an amazing land adventure for guests to experience this impressive sight. You are also given snorkel gear and allowed to swim briefly in some parts of the reef and the adjacent Nylon Pool. The Nylon Pool - so named by Princess Margaret on her visit there in 1962, is a shallow white sand area just behind the Buccoo Reef. Scarborough, Tobago is the largest town in Tobago, one of the two main islands of the Republic of Trinidad and Tobago. Its population is around 17,000, almost one-third of the population of the island. The town is dominated by Fort King George, an 18th-century fortification named after King George III which now hosts a historical/archaeologic museum. Scarborough's deepwater harbor was built in 1991; before that ships were forced to anchor offshore. Scarborough became the capital of Tobago in 1769 when it replaced the then-capital of Georgetown. Under French rule, it was named Port Louis.

...We had a great time-best ever, and will be coming back...Charlie and I feel like we've been yachting with our "best friends". Hard to believe we didn't know anyone on the yacht 8 days ago-now we've met new traveling friends for the years to come. Mr & Mrs Charles HoganSeattle, Washington