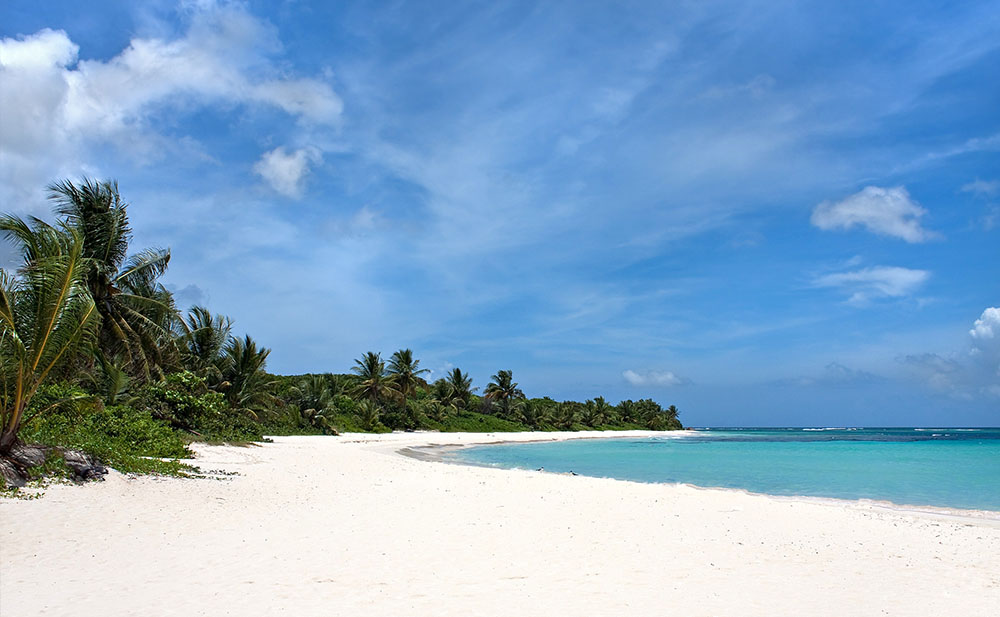 Culebra Island is an island-municipality located 17 miles east of the mainland of Puerto Rico. It is an archipelago comprised of 23 smaller islands alongside the main island of Culebra. Isla Culebra translates to “Snake Island,” and it is the least populated municipality in Puerto Rico. Most of its revenue is generated from tourism and construction, but historically, it was known for a wide variety of agricultural exports such as wood, tobacco, livestock, cotton, mangrove bark, garlic, yams, and more. Culebra is also nicknamed Isla Chiquita, meaning “Little Island,” and the Ultima Virgen, meaning “Last Virgin,” for its placement along the Virgin Islands. Culebra Island has one of the consistently top-ranked beaches in the world, Flamenco Beach, ranked #13 for 2017 TripAdvisor Travelers’ Choice Awards and 2nd by Discovery Channel.
Archaeological evidence suggests the Taino and Arawak people were the original inhabitants of the Island. Varied sources claim that Christopher Columbus was the first from Europe to come to Isla Culebra, presumably during his second voyage in 1493. The Carib Indians who lived on the island then joined forces with the Taino Indians to rebel against the colonization of the island. For centuries, the island was abandoned, and pirates sought refuge on the island - which in the 18th century was named Isla Pasaje. This lasted until the Vieques government under the Spanish crown appointed a black Englishman named Stevens as the governor to protect the island’s fishing industry. Don Cayetano Escudero then began colonization in 1880, and the first settlement was named after the Bishop of Toledo, San Ildefonso de la Culebra, which is now occupied by the Department of Natural Resources. Culebra began to flourish and once the Spanish-American War ended in 1898, the United States had gained control over Puerto Rico as per the Paris Treaty under Article 1. From 1901 to 1975, The US Military used San Ildefonso as a firing and bombing range.
Points of interest on the island include the Culebra National Wildlife Refuge, and many beaches which include Flamenco Beach, Tamarindo Beach and Tortuga Beach. Culebra is popular as a scuba diving destination, and hiking is encouraged on the smaller islands that are all considered nature reserves. Camping is allowed on Playa Flamenco, however not on the reserves. Culebra has several lagoons, Corcho, Flamenco, and Zoni, and on Culebrita Island there is Molino. Unplug from the world and enjoy the Calypso vibe, sea turtles, and intimate nature of the hotel and store chain-free island.