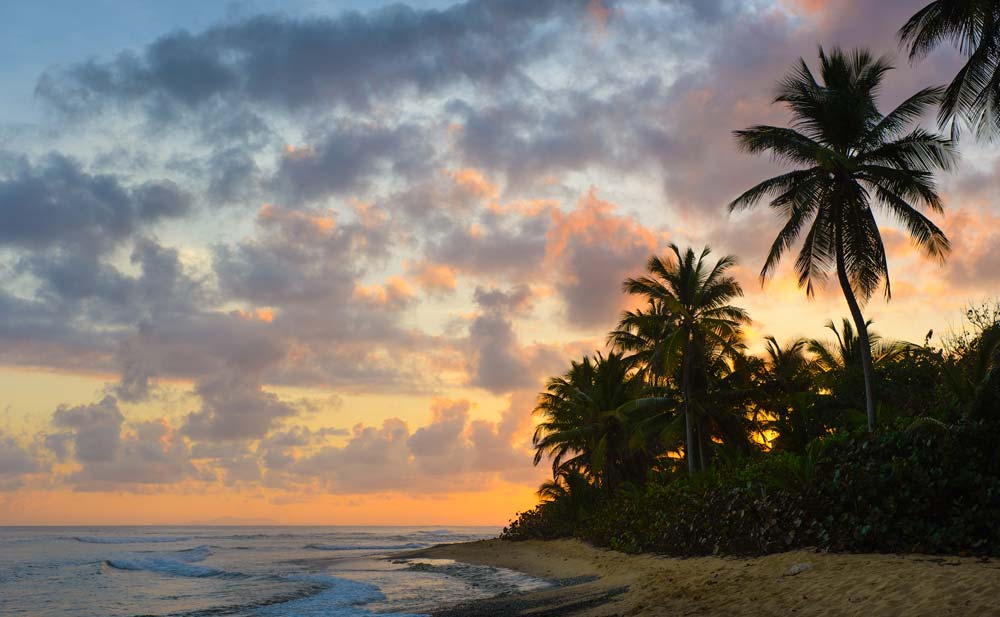 Esperanza is a charming “barrio” located on the south side of the island-municipality of Vieques, Puerto Rico. It is known for El Malecon, which means “The Strip,” the fishing tradition, the fight against the US Navy, and Esperanza Beach, one of the only locations in Isla de Vieques with restaurants and restrooms close by. Children enjoy jumping off the pier at the beach, and
for those who enjoy good food and local entertainment without the hustle and
bustle of a busy nightlife, El Malecon in Esperanza is the place to be. The island’s name, Vieques, is said to mean “small island” in Taino, and its nickname is Isla Nena, meaning “Little Girl Island”. Puerto Rico’s little sister island - Vieques measures 55 square feet with under 10,000 inhabitants. Along with Culebra and other various small islands, the archipelago makes up the Spanish Virgin Islands, or “Passage Islands.” Vieques was also referred to as “Crab Island” by the British. English and Spanish are both recognized as official languages of the area.
As with the other Puerto Rican islands, pre-Columbian history is limited in clarity. Archaeologists believe Vieques was home to
Native Americans who migrated from the American continent between 3000 and 2000
BCE. A fragmented human skeleton named “El Hombre de Puerto Ferro” was discovered northwest of the popular Bioluminescent Bay, estimated to be from 1900 BCE. Best known as the people in later centuries of Puerto Rico, the Taino culture was comprised of groups from Venezuela, Cuba, and Hispaniola, who
migrated in waves up to 1000 AD. The Taino flourished until Europeans discovered Vieques in the 15th century - often credited to Christopher Columbus.

Vieques became the center of the Taino rebellion against Spain, which ultimately ended in the Taino downfall. Despite this, Spain did not colonize for many centuries and Vieques, along with Culebra, became a sanctuary for pirates and outlaws. The French, Danish, Scottish, and English all attempted to secure Vieques but failed - Spain permanently settled by 1811. When the Spanish-American War concluded in 1898, Spain turned the Puerto Rican islands over to the United States, which by the 1940’s (post-WWII) served as a firing range for the Navy. Up until 2003, a multitude of protests continued for decades, pressuring the United Stated Navy enough to withdraw from the islands.

Vieques is now a National Wildlife Refuge and growing tourist destination. Because of the lack of human interference, most of the areas previously closed off to civilians by the Navy feature over 40 gorgeous beaches, and many natural ecotourism locations for exploration. Blue Beach features an excellent place for snorkeling, Bioluminescent Bay has quickly become a popular spot for its notorious glowing dinoflagellates, and the island is also known for free-roaming 'feral paso fino 'horses.