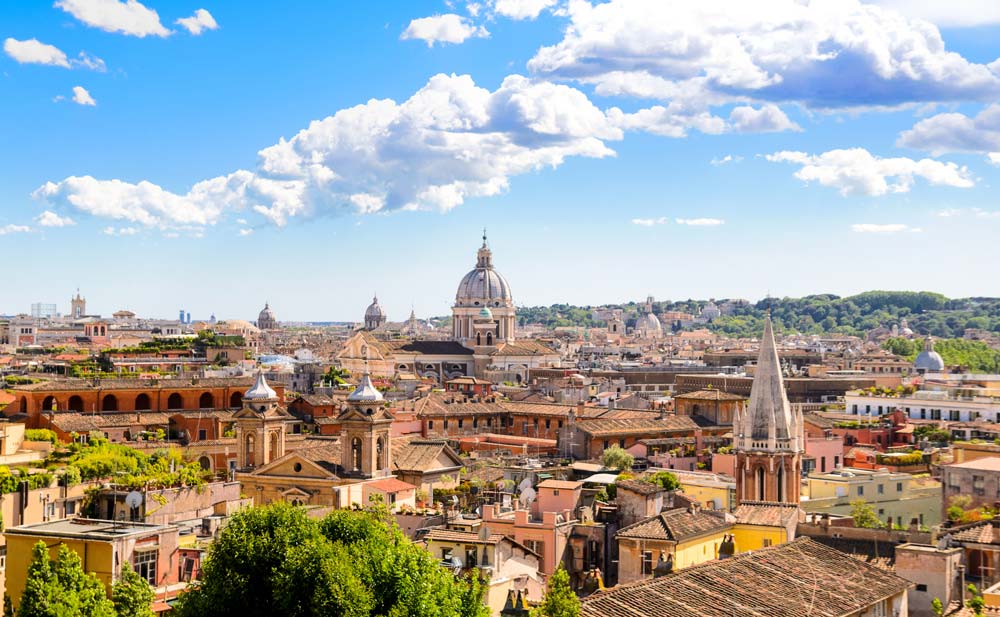 Civitavecchia is a major port located in Rome, primarily utilized for maritime transportation of goods, as well as a fishing port. The commune’s name means “ancient town” and is one of the “Motorways of the Sea” in the Mediterranean, functioning as one of the main links between the mainland of Italy and Sardinia. The ancient name of the port was “Centumcellae,” first mentioned in a letter written by Pliny the Younger in 107 A.D., although scholars debate on whether the name was about the number of rooms of the Trajan Villa, or the number of natural creeks on the coast. Civitavecchia is a part of the Lazio Territory, an area which was confirmed to have social groups since pre-historic times, and the modern town was built over a pre-existing settlement of the Etruscan people in 107-108 B.C.E. (who debated to have founded Rome). In the beginning of the 2nd century, the harbor and town of Centumcellae were simultaneously developed by Emperor Trajan in the territory of Aquae Tauri. As the town became more popular for ships traveling westbound, the Thermal Baths were constructed on the hill of Ficoncella. Centumcellae flourished in the Imperial Age, and by 538 A.D., it had become a Byzantine stronghold. In 728 A.D., it became a member of the Papal States. The Saracens raided Centumcellae many times in the 9th century, prompting Pope Leo VII to have a newer and more secure settlement built by 854. The town, then known as Civita Vetula, was under the rule of several lords, and the Popes temporarily lost control during the French Rule in 1798-1815. In 1870 it entered the Kingdom of Italy. Civitavecchia was severely damaged during WWII, destroying many of the ancient monuments including Forte Michelangelo, which would be rebuilt in the 1950’s. Popular points of interest include the Forte Michelangelo, Terme Taurine, and Cattedrale di San Francesco. There is a wealth of Roman and Vatican architecture and tourists are encouraged to visit many of the museums and take the cultural tours available in this important sea port.