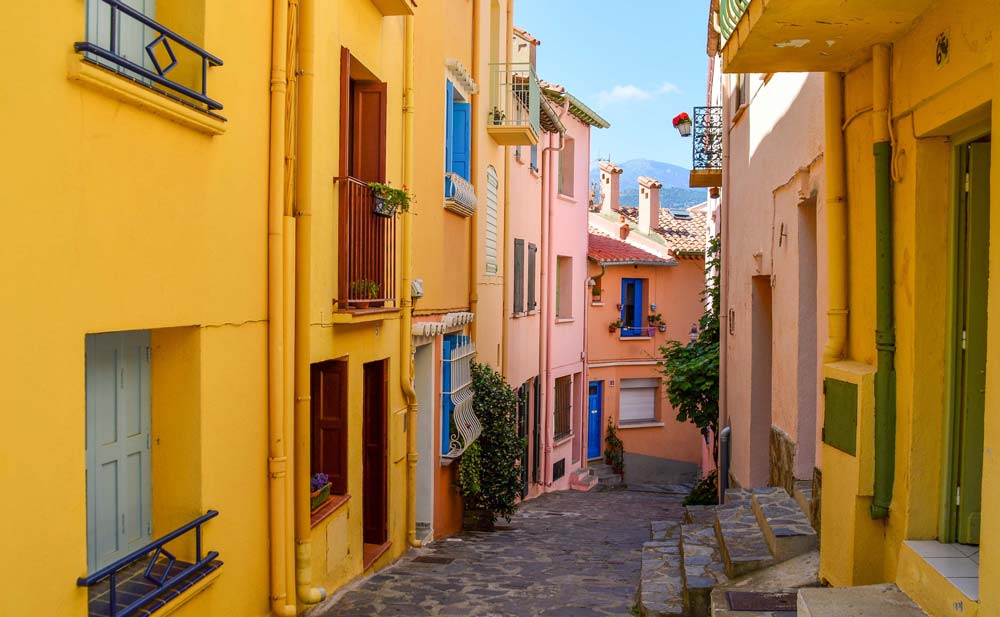 Collioure is surely the most picturesque coastal resort on the Mediterranean coast of South-West France. With the backdrop of the Pyrenees mountains tumbling into the sea, the old harbour, the impressive castle, wonderful old churches, beach-side restaurants, narrow old streets, bijou boutiques, art trails and three beaches. Collioure was first settled by the Phoenicians and Greeks as a trading port and, since then, has been occupied by Romans, Barbarians, Arabs, Spaniards (at least 4 times) and finally after the Treaty of the Pyrenees in 1659, the French. The Knights Templars, built Collioure's impressive castle (Chateau-Royal) in the 12th Century and this was later used as a residence for the Kings of Mallorca. Collioure still makes a healthy living from its salted anchovies that are exported all over France.