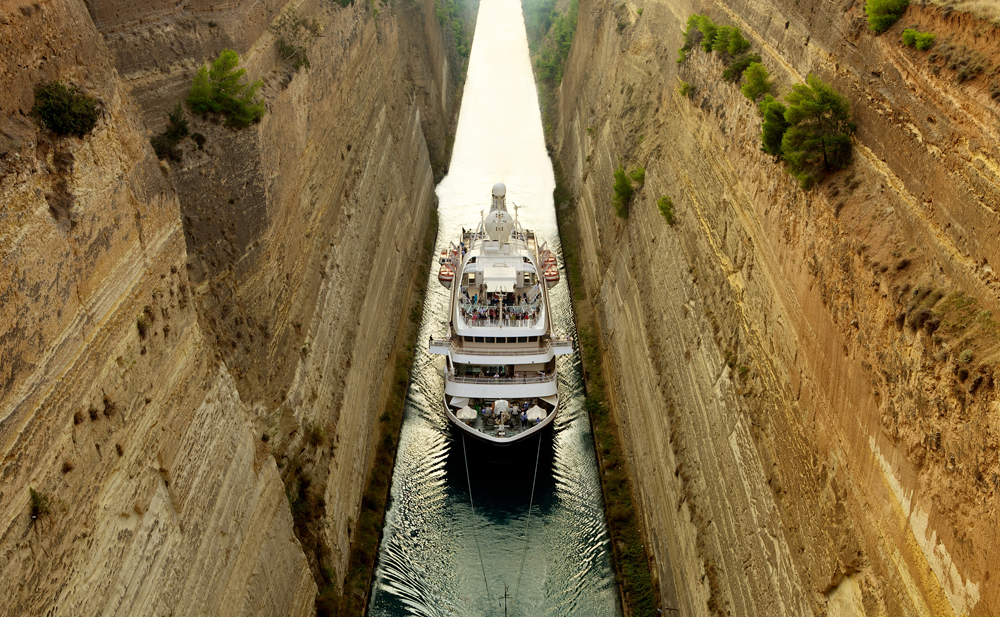 So narrow! So dramatic! You'll understand why SeaDream says "expect the unexpected" as your yacht transits the Corinth Canal. The canal was first completed in 1893, despite previous attempts from ancient times; the first plans being from 602BC. The Roman Emporer Nero actually started construction in 67AD, making the first cut himself with a golden pick. The canal we transit is 6.3 kilometres (3.9 mi) in length. Before the canal, ships sailing between the Aegean and the Adriatic had to circumnavigate the Peloponnese Peninsula adding about 185 nautical miles to their voyage.