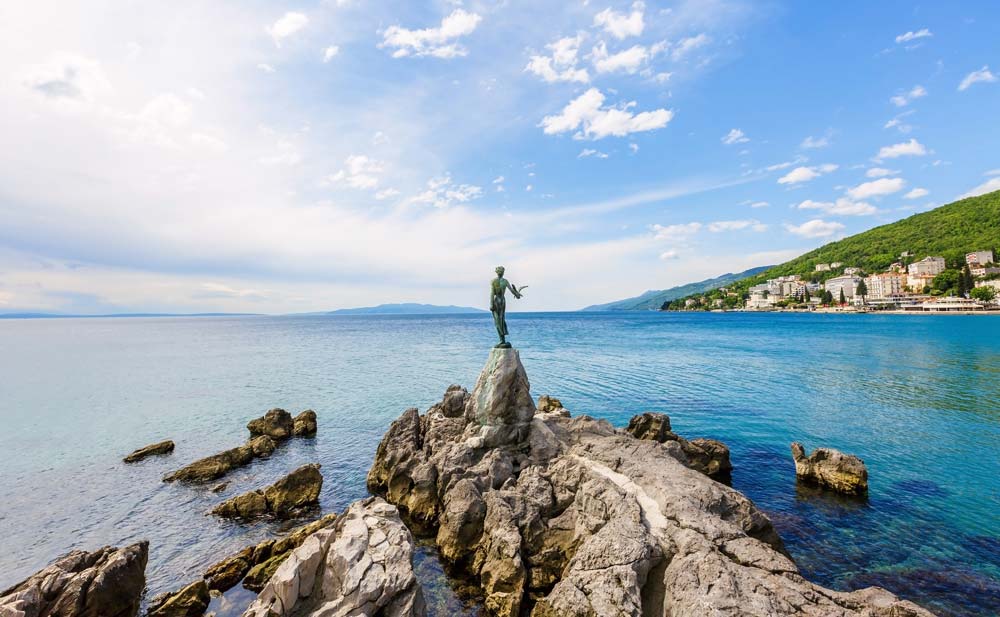 Opatija is a tranquil resort sometimes referred to as “Croatian Monte Carlo” on the sheltered east coast of the Istrian peninsula of Croatia. This village is a complete contrast to the dry Dalmatian coastal towns further south. Green hillsides give way to gardens and parks full of exotic plants down by the ocean. This town was developed in the 1880s specifically as a chic resort. Its mild climate and stunning setting made it a favorite winter destination for the 19th century Austrian and Hungarian aristocracy. Most of the hotels in town were constructed from this period. Opatija's highly jagged and rocky coast is bordered by a shady promenade, the Lungomare, which extends for 12km to the picturesque village of Lovran. Along the way, there are dozens of picturesque secluded coves to stretch out a towel along the rocks and jump into the sea.