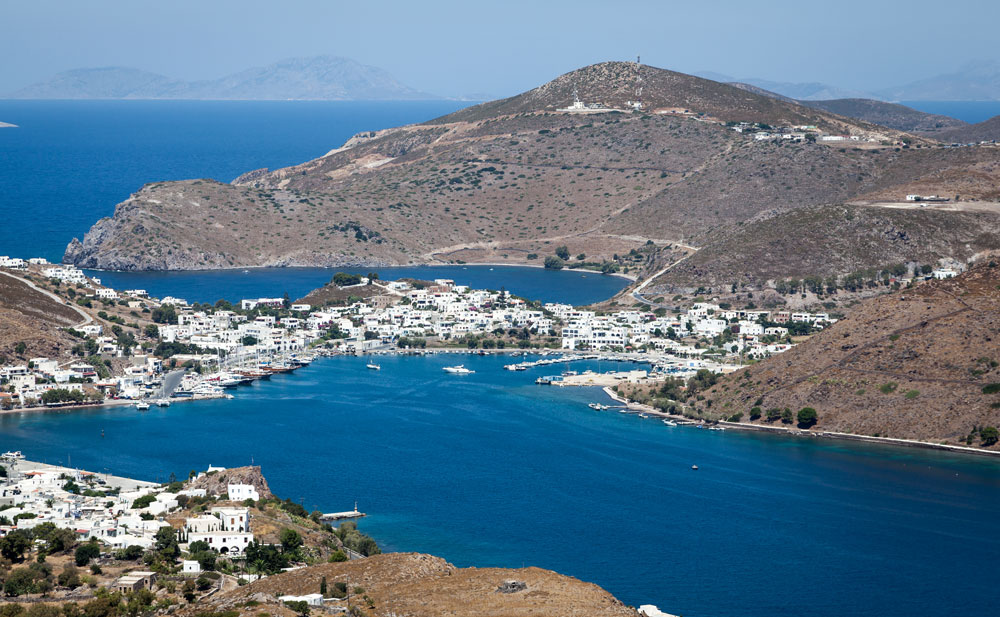 Patmos is in the South Aegean Islands, particularly a member of the Dodecanese Islands of Greece. It is north of Leros and is most known for its connection to John the Apostle from the Book of Revelations; therefore Christian pilgrims frequent this destination. In mythology, Patmos was named “Letois”, which is another named for the goddess Diana, Leto’s daughter. Since ancient authors seldom mention Patmos in early text, information on early inhabitants is limited. It is widely believed the original people of Patmos were the Carians from Asia Minor, as discovered by the earliest archaeological findings date back to the Bronze and Mycenaean periods. The mountain in the country of Caria was named Latmos, which is where historians believe the name Patmos is derived from. Dorians also colonized in Patmos, and over time, Ionians followed suit. The primary port in Patmos is Skala, which was one of the most important sea ports in the Mediterranean around the 16th century.

Early Christian basilicas were constructed in the name of John of Patmos, however between the 7th and 9th century when Saracen attacks were still problematic, the Grand Royal Basilica was destroyed. A monastery began construction in 1101 when Christodoulos assumed authority over Patmos. The population began expanding as immigrants from the fall of Constantinople and Candia to place in the 15th and 17th centuries, respectively. The island was under the Ottoman rule for years and was interrupted by Venice during the Candian War, Russia during the Orlov Revolt, and Greece during their War of Independence. During the Italo-Turkish War, Italy occupied Patmos until 1943, when Nazi Germany held power over the island until 1945. Since Patmos rejoined in 1948, it has become the tranquil and frequented destination it is now.

Tourists visit the Monastery of St. John, Chora, the Cave of Apocalypse, Psili Ammos Beach and other beautiful points of interest in “Europe’s most idyllic place to live,” as named by Forbes in 2009.