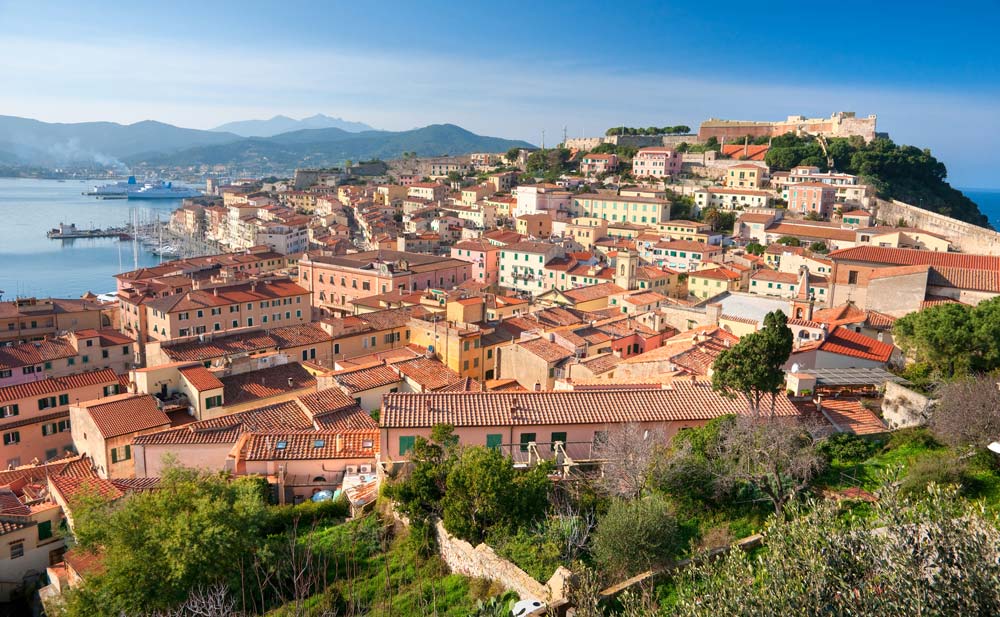 Portoferraio is a beautiful town in the province of Livorno, Tuscany, on the northern coast of Elba Island. SeaDream generally docks just steps away from the main street Via Garibaldi and offers a guided walk of this very historical town called “Walking the Napoleon Trail”. The first site is the Town Hall, proceeding northeast on Via Napoleone, the Misericordia church, in which a mass is said for Napoleon’s soul on May fifth every year. The highest point of the town is the Piazza Napoleone, from which there are beautiful views. To the west rises Forte Falcone (79m/261ft), to the east, above the lighthouse, Forte Stella (48m/158ft), both originally built in 1548 and later completed by Napoleon. On the seaward side of the square is the simple Villa dei Molini. This is believed to be Napoleon’s official residence, which contains his library. The island offers so much more than just the main city; there’s some incredible wine and several other towns to explore. To help make the most of your visit to the island, we have created the perfect land adventure for you – “Elba Vistas, Villages & Wine”. If neither sparks your interest, you can borrow one of the mountain bikes to explore the island – the recommended route would be to visit Porto Azzuro.