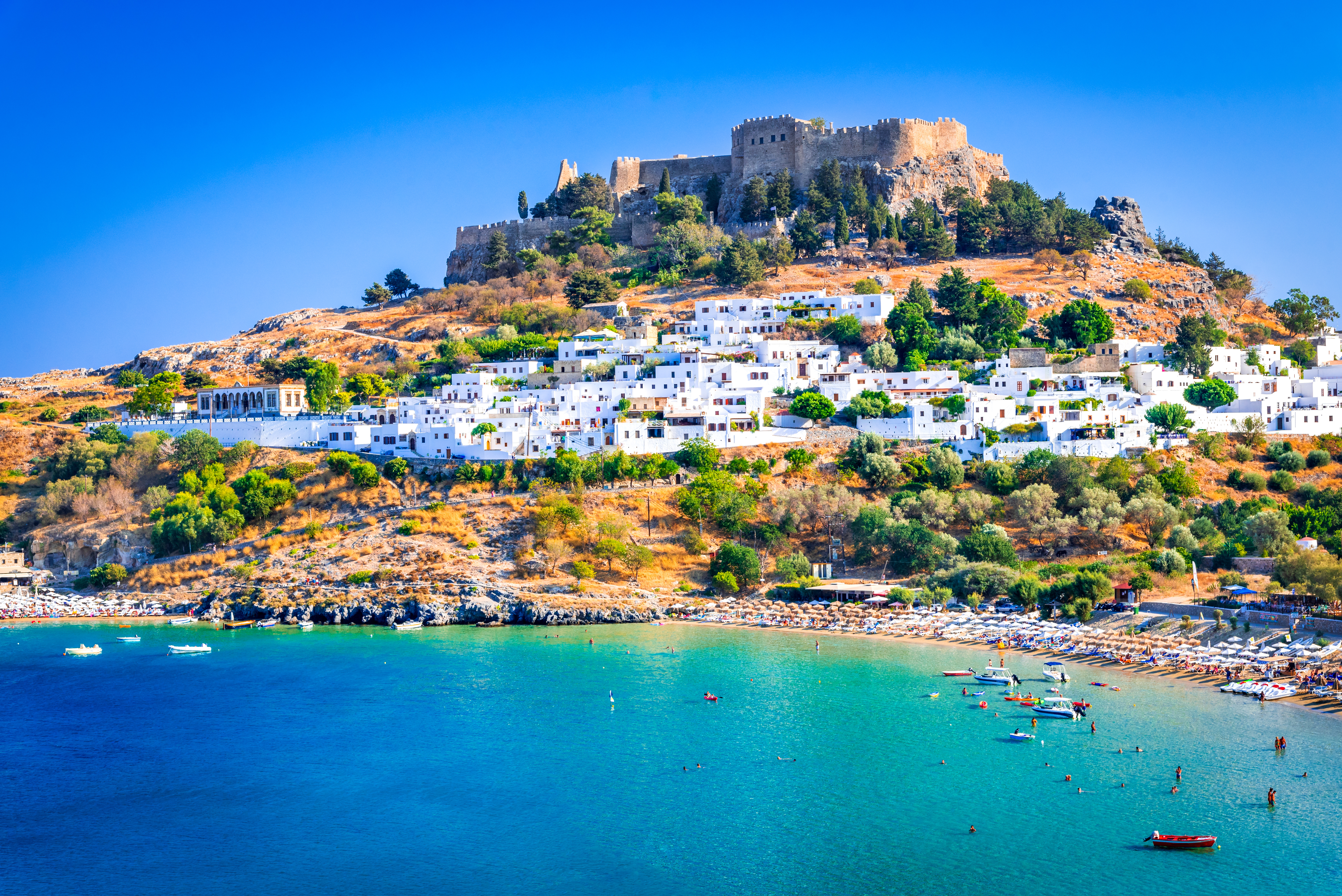 The Old City of Rhodes has been delegated a World Heritage Site. Some speculate that after the Acropolis of Athens and the Volcano of Santorini, Rhodes is one of the most impressive places in Greece. Wandering through the medieval city, especially on a warm evening, is one of life's treasures. The old city is closed to most traffic. The main streets and thoroughfares are full of shops and restaurants but the back streets are mostly residences. The massive walls of the city were rebuilt by the European order of Knights Hospitaller after the Turkish siege of 1480. The walls are 12 meters thick and the moat more than 21 meters wide. The length of the walls is about three miles and each section was defended by one of the Langues or tongues which corresponded to the languages spoken where the particular group of knights came from. SeaDream will dock close to the entrance of the walled city. We recommend you explore the old town and if you haven’t already done so, visit the Lindos Acropolis.

This was way over our expectations. All the way top service, very nice personnel. We'll be back! Mr. Henning VillangerSweden