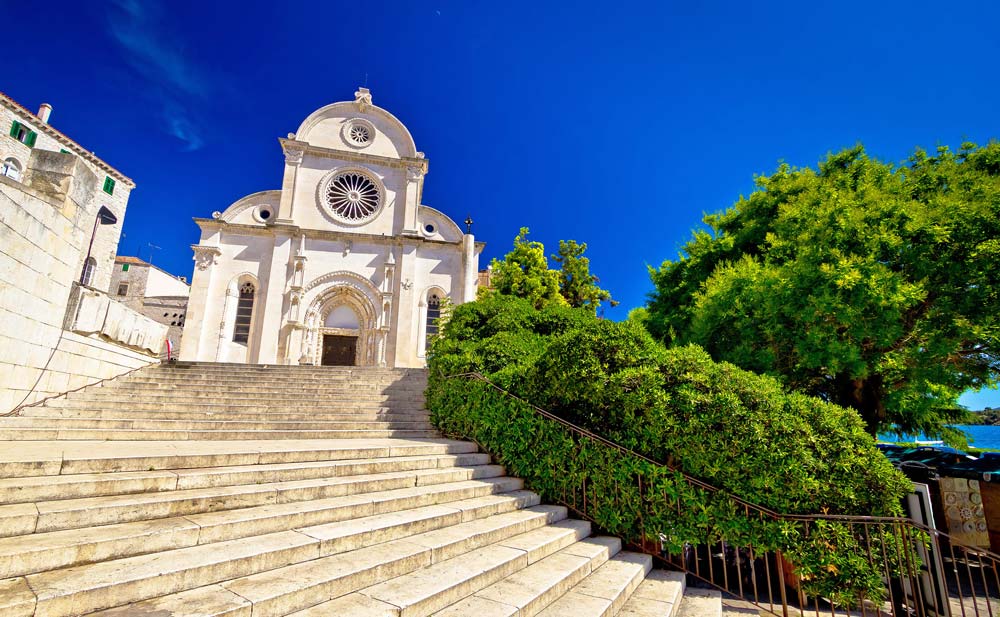 The town of Sibenik is situated in one of the most well-protected natural harbors on the Croatian coast. Your SeaDream yacht navigates into the harbor past numerous islands in the archipelago and through a channel that is, in parts, less than 500 feet wide. While Sibenik is less well known than Dubrovnik and Split, it has its own personality and some great things to see and enjoy. Sibenik's St. James Cathedral is one of the marvels of the Dalmatian Coast and is Unesco World Heritage listed as of November 2000. In the old town, little streets lead to attractive squares where modern shops blend into the fine and stylish architecture of vanished centuries. Nearby is the Krka National Park with its river and numerous waterfalls and cascades. SeaDream Land Adventures offer you an orientation of the city as well as venturing to the Krka National Park & Waterfalls as well as the neighboring town of Zadar and Liquor Tasting.