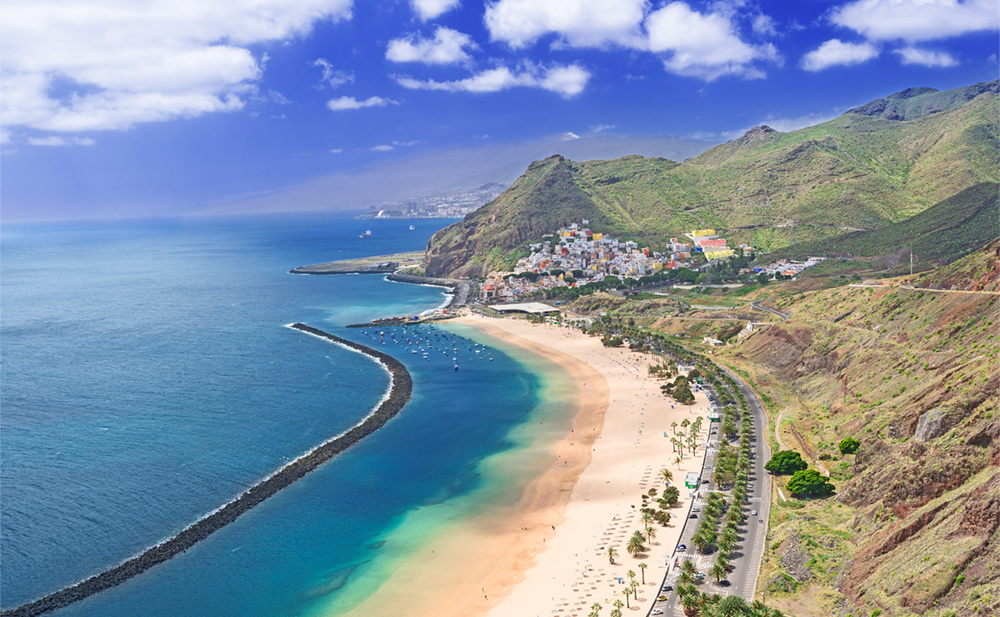 Tenerife is the largest of the seven Canary Islands, Spain. Tenerife also boasts the highest elevation of Spain, and has been awarded World Heritage Site status. It happens to be the third largest volcano in the world from its base, El Teide at more than 12,000 ft/ 3,660 m. The island's capital contains the architectural symbol of the Canary Islands, the modern Auditorio de Tenerife. Hugely popular, Tenerife, has both flat areas (covered with banana plantations) and mountainous areas. Santa Cruz is where you'll find a wide variety of shopping opportunities and fascinating architecture. If golf is your game, the island offers eight championship courses to choose from. The yacht docks at the commercial pier and guests have some nice land adventures to choose from. If this happens to be your embarkation point, we can happily provide transfer information for you.