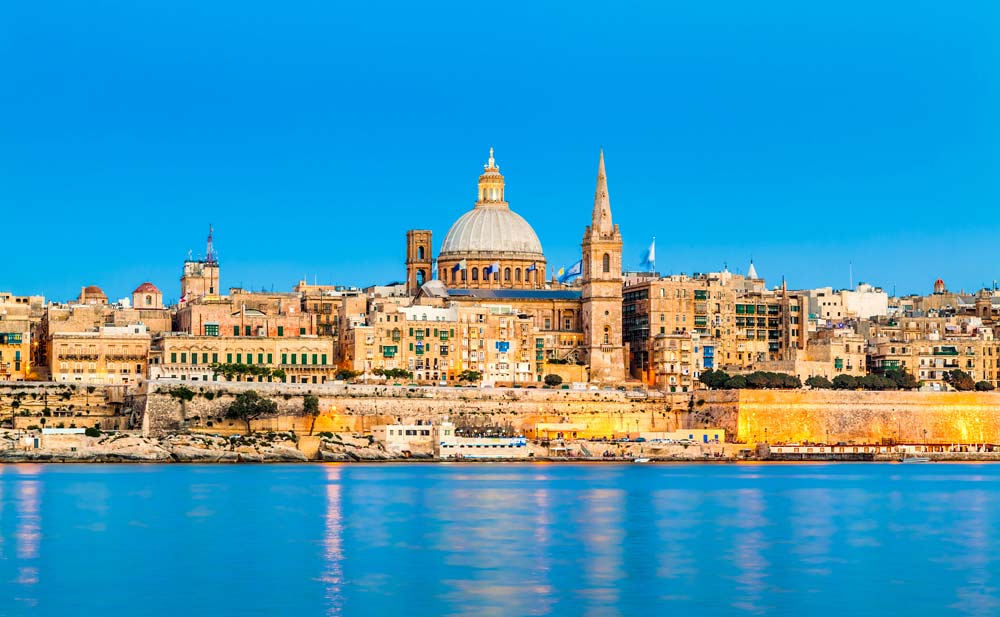 Valletta, The Fortress City, is Malta's capital city: a living, working city, the administrative and commercial heart of the Islands. Valletta is named after its founder, the respected Grand Master of the Order of St. John, Jean Parisot de la Valette. The magnificent fortress city grew on the arid rock of Mount Sceberras peninsula, which rises steeply from two deep harbours, Marsamxett and Grand Harbour. Ottoman forces numbering 40,000 laid siege to the island from May to September 1565, without success. The heavily outnumbered army of 700 knights and around 8000 Maltese regular troops took refuge in the fortified town on the Grand Harbour. Started in 1566, the city of Valletta was completed, with its impressive bastions, forts, and cathedral, in the astonishingly short time of 15 years. The city is busy by day, yet retains a timeless atmosphere. The grid of narrow streets boasts some of Europe's finest art works, churches and palaces. Walking around Valletta you'll come across an intriguing historical site around every corner: votive statues, niches, fountains and coats of arms high up on parapets. Narrow side streets are full of tiny quaint shops and cafes, while Valletta's main streets are lined with larger international branded shops for fashion, music, jewelry and much more.