Condé Nast Traveler readers ranked the 30 best islands in the world outside the U.S. in the 2018 Readers’ Choice Awards survey, “from far-flung stunners in Southeast Asia to volcanic outcrops in the Mediterranean. This year, we’ve broken them out by region: the best in Asia, Australia and the South Pacific, Caribbean and the Atlantic, Europe, North America, and best in the rest of the world (phew).”

Visit 7 of these destinations on your own luxury yacht with SeaDream! 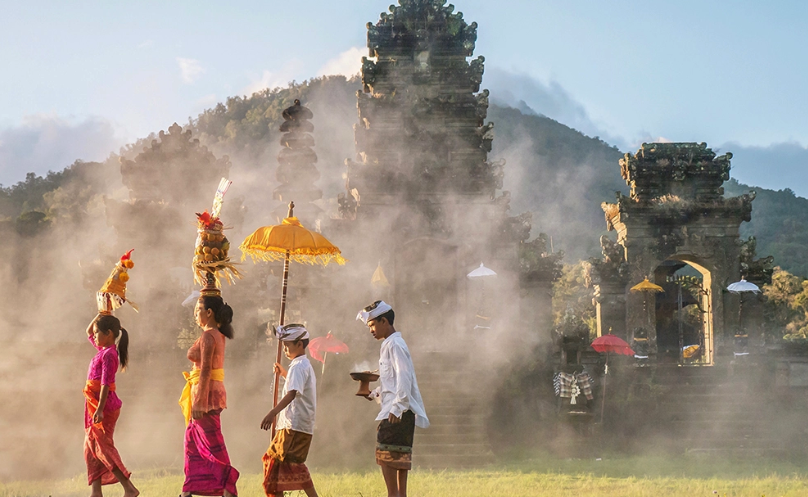 Immerse yourself in the rich and colorful culture of this bewitching island. Enjoy the scent of blossoms on the soft morning breeze, and notice the exquisite daily offerings of flowers and tropical fruits everywhere. Listen for the strains of the gamelan in the background, and keep your eyes open for the endless processions en route to myriad temple ceremonies.

Unlike most Indonesians, the people here are predominantly Hindu. Volcanoes cluster in the center of the island. The tallest is Mount Agung, Bali’s spiritual center and the location of its most important temple, Besakih. 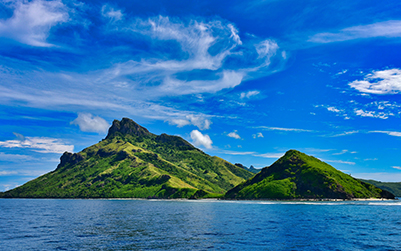 The dynamic city of Lautoka is the main hub for Fiji’s sugarcane industry, which in the early 20th century attracted a significant number of Indian immigrants and endowed the region with a distinct ethnic character. A terrific example is the highly ornate 1926 Sri Siva Subramaniya Temple, the Southern Hemisphere’s largest Hindu temple and a highly photogenic cacophony of vivid colors.

You’ll be enchanted by the Garden of the Sleeping Giant, where actor Raymond Burr of Perry Mason fame gathered over 2,000 varieties of orchids. 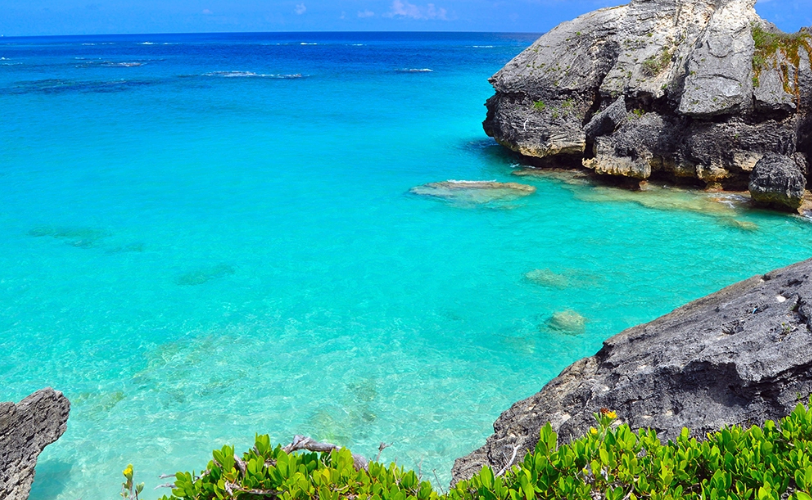 An airier version of the United Kingdom endowed with tropical flair, the Bermudan archipelago holds a surprising number of compelling attractions across its minuscule landmass. In the UNESCO World Heritage site town of St. George’s, wander cobblestone streets steeped in colonial history, perhaps pausing at the quaint 17th-century St. Peter’s Church, the oldest Anglican house of worship outside of England.

Be sure to take a stroll along one of Bermuda’s renowned pink sand beaches, the result of crushed red shells mingling with sand to astonishing effect.

Carriacou boasts some amazing coral reefs and is a dependent of Grenada. It lies north of Grenada island and south of Saint Vincent and the Grenadines in the Lesser Antilles. Carriacou Island sometimes referred to as the land of the reefs, is the largest island in the Grenadines archipelago in the Windward Islands chain.

The island is 13 square miles (34 km2) with a population of 4,500. The main settlements on the island are Hillsborough, L’Esterre, Harvey Vale, and Windward.

Mykonos is one of the most visited Greek Islands. It is part of the Cyclades group and lies between Tinos, Syros, Paros and Naxos. The island spans an area of 85.5 square kilometers (33.0 sq mi) and rises to an elevation of 341 meters (1,119 feet) at its highest point. Mykonos is so incredibly beautiful; it is not surprising that it has become one of the most desired destinations in the world.

When you also add the cosmopolitan lifestyle, the sophisticated nightlife and the historical treasures of the nearby Unesco Awarded Delos you’ll have the recipe for an unforgettable holiday. 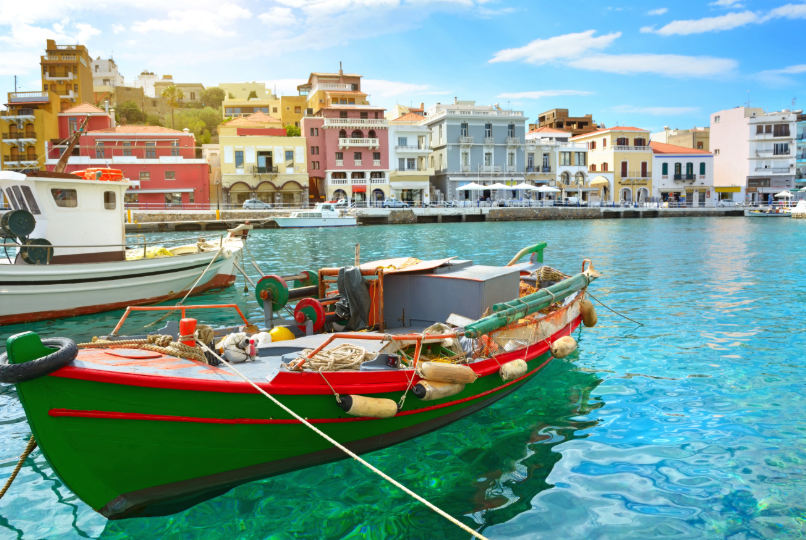 Tucked away in eastern Crete’s Gulf of Mirabello, the laid-back town of Agios Nikolaos grew up around a picturesque saltwater lake connected to the sea by a narrow channel. Steeped in myth, the lake is said to be bottomless as well as the legendary bathing spot of the goddesses Athena and Artemis. These days, you’ll find terrific tavernas serving freshly caught seafood lining the stone path that encircles the lake.

Snug beaches such as Kitroplatiea and Amnos break up the town’s waterfront, providing marvelous views across the glittering gulf. A few minutes up the road, the chic resort village of Elounda boasts a marina where colorful fishing boats bob in the waves. 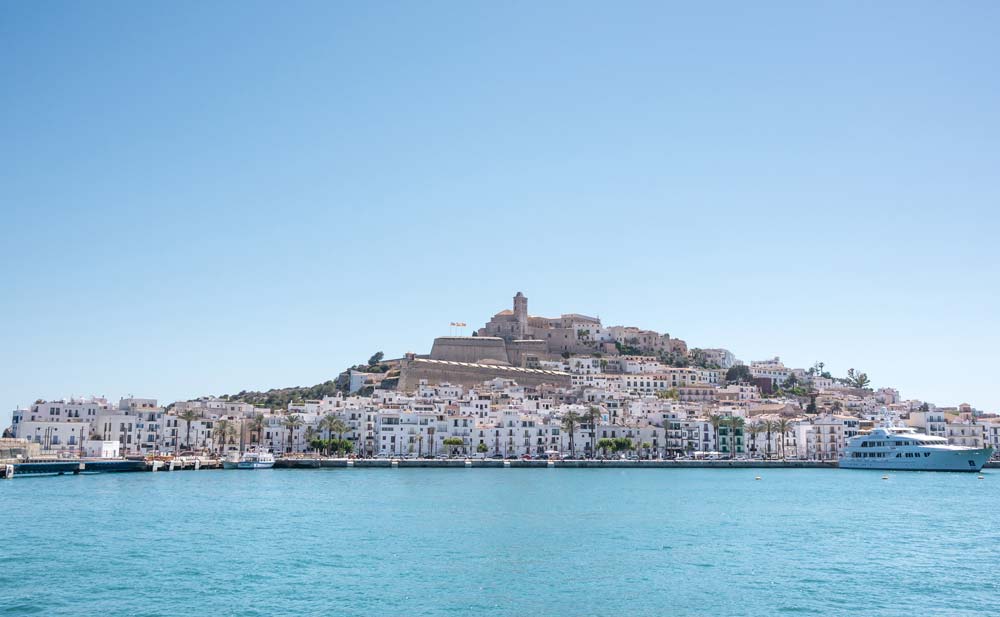 Ibiza town is the largest city on this 3rd largest Balearic Spanish Island. It lies 79 kilometers (49 miles) off the coast of Valencia, in eastern Spain. Ibiza has become famous for its incredible nightlife and the electronic music that originated on the island.

This UNESCO awarded city has some great land adventure options including resort golf, wine tasting, exploring the Dalt Villa and mountain biking to name a few. We try to stay late in the evening so guests can also get a taste of the nightlife.