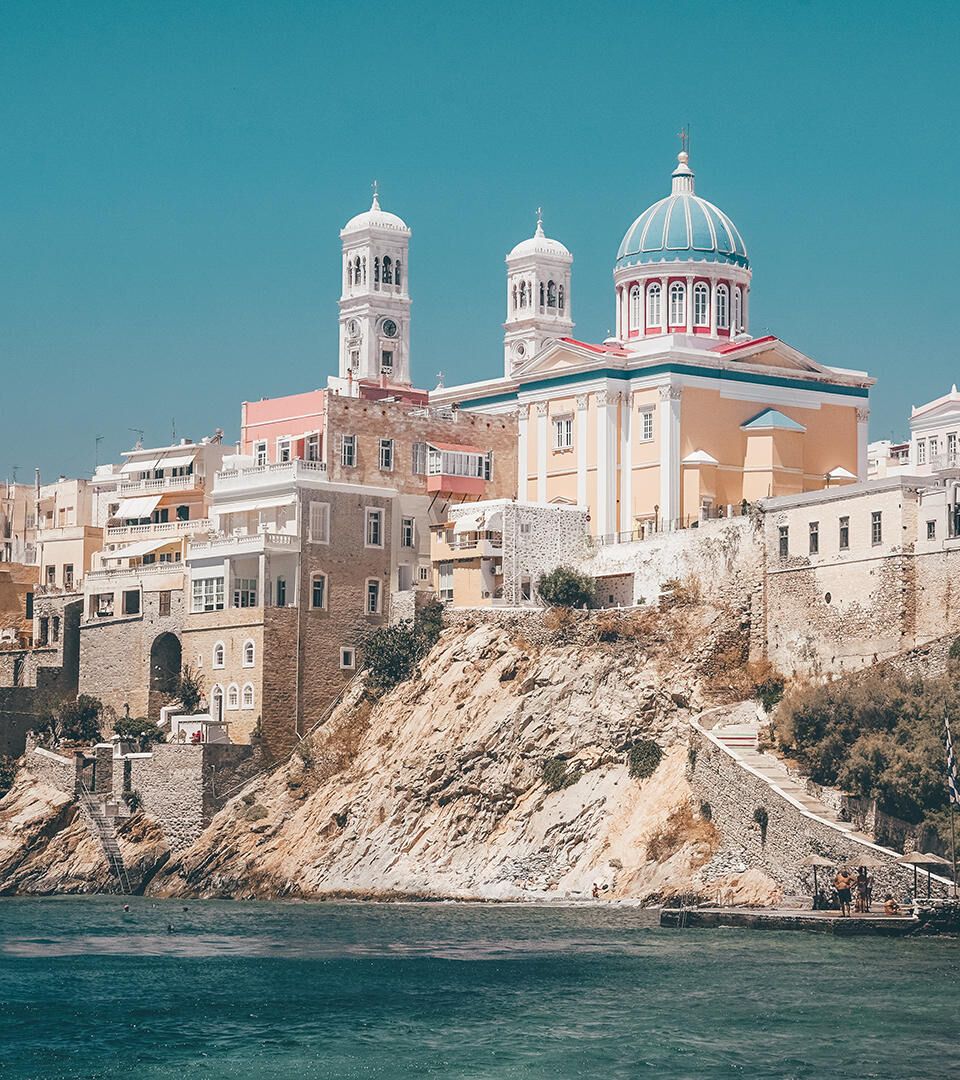 Admire the architecture and elegant beauty of the buildings in the cosmopolitan town of Syros.

Syros is a cosmopolitan island with a rich history and the administrative centre of all the Cyclades. Starting at the port of Ermoupolis, you will walk with your guide to the Archaeological Museum of Syros which is housed on the west side of the City Hall megaron. The museum exhibits work from the Hellenistic and Roman period as well as sculptures from the islands of Amorgos, Ios, Kea and Naxos. It also houses finds from the prehistoric period discovered at the acropolis of Chalandriani. Next, you walk a short distance to the city’s main square and visit Syros’ city hall, the work of the well-known Austrian architect Schiller. Its foundations were laid in 1876 and the building was completed at the end of the 19th century.

Continue to the next stop at the church of Saint Nicholas, the patron and protector of Syros seafarers. The church’s temple was built in 1848 and the construction work lasted until 1905. Its basilica style stands out majestically with its blue dome and bell tower, while the ship comes into the harbor. It was named "Rich" to distinguish it from the "Poor" Saint Nicholas of Ano Syros, which was the first Orthodox church on the island. Then travel to the Church of the Dormition of the Virgin, which houses a very important work of art, that of the Dormition of the Virgin Mary by Domenicos Theotokopoulos (El Greco). The icon was, in all probability, transferred from Venice sometime during the past century.

This excursion concludes with a visit to "Sykoutris" a traditional loukoumi workshop, which has been operating since 1928 and is one of the best in Syros. Loukoumi is the traditional dessert of the island, made of sugar and water boiled together and it is said that Syros loukoumi is unique, due to the local water used. At the end of this excursion you may opt to return to the yacht or remain in town to further explore Syros.